Raipur, 01 July 2020-To promote local tourism in Chhattisgarh, water sports, cafeteria and various other facilities will be developed near water bodies and major dams of the state. As per the decision taken, a curriculum would be started in Hotel Management Institute to encourage local youth to join tourism industry. Tourism Minister Mr. Tamradhwaj Sahu was addressing a meeting of Board of Directors of Chhattisgarh Tourism Board. He said in his address to the meeting that proper strategy should be made to attract local tourists to the tourist spots of the state, considering the circumstances due to corona crisis. Better facilities will be developed in tourist destinations. He said that in the first phase, an action plan should be chalked out soon for promoting water tourism in Madamsilli dam of Dhamtari district.

In the meeting, Mr. Sahu gave instructions to renovate and redecorate Johar Chhattisgarh Hotel in Raipur. He said that a tourism building should be built to develop the hotel premise from commercial perspective for its multipurpose use. Officials have been directed to prepare proposal in the context. Mr. Sahu has also given instructions to make scheme for development of tourism facilities in Mana-Tuta near capital city. Meanwhile, various other points including post-covide preparations of tourism, management of hotel, motel, resort, publicity of tourism, resort management, water tourism, adventure tourism, Ram Van Gaman Path development works were discussed in the meeting. On the occasion, Tourism Department Secretary Mr. Anbalgan P, Managing DIrector Iffat Aara, General Manager Mr. Sunil Awasthi, and representatives of commerce, finance, transportation, forest, culture, airport authority, Indian Airlines Corporation Limited were also present. 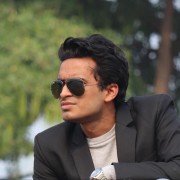